How to Be the Worst Sales Manager in the World

This article can get you started in the right direction with these six tips on how to be the worst sales manager. 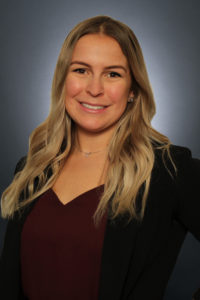 So you’ve given up on being the best? Realize it’s easier and more fun to aim for becoming the worst sales manager in the world? Good for you, it’s nice to set difficult goals and work towards them (you’ll want to avoid doing that for your team in the future, though). Becoming the worst sales manager in the world isn’t an easy task, however–there are many out there vying for the title, crippling their companies and making their sales teams miserable. You’ll need to be truly terrible to seize the crown, but hopefully this article can get you started in the right direction with these six tips.

Always Go With Your Gut.

‘Metrics’ and ‘hard data’ give too much insight into what a sales manager has going on. If you wanted to know all that, you’d be a member of the team, not the boss–so why read about it? Your instincts are as good as the data at least, like, 70.354% of the time anyway. Your gut, unaided by data, will lead you into easily avoided traps, get your entire team stuck in ruts with no way to identify the problem, and have you favoring subpar-but-charming team members and dressing down the disagreeable-but-excellent ones. You can’t compete with that value when you’re aiming for worst sales manager in the world!

Telling your team members that you’ll fire them for little mistakes is sure to put an extra pep in their step–as they head out the door to a new employer. The ones that stay will become surly and lose respect for you and the company. That’s a quick route to failure if one ever existed, so keep it up. Aggressive, hostile relationships with your team truly define a worst of the worst sales manager. Publicly embarrassing anyone that screws up works too–you might teach the team a valuable lesson by accident, but you’ll mostly just tick everyone off and make them want to leave.

One on one coaching improves the bottom line way too much. In fact, any coaching at all might put your worst sales manager ambitions in jeopardy, so don’t bother. Better to spend all your time playing secretary to your team. Fill out their paperwork, take their calls, do all the things that they could be doing but that your distrust of them requires you to do.

Don’t take too much time looking at candidates when you’re building your new team. Grabbing the guys willing to take the least money or the ones with the best pedigrees is a quick way of getting through the process, and whatever lazy metric you use to decide who to hire will inevitably pick a few terrible people, pushing you closer to your goal of being the world’s worst sales manager. Maybe that excellent pedigree leads to an arrogant jerk that doesn’t fit the company culture, maybe that cheap guys couldn’t get jobs elsewhere because they’re incompetent.

They’ sometimes say that a sales manager should set goals that they don’t expect to reach, and that’s great advice for any sales manager trying to be terrible. Few things will better damage the morale of your team than constant unrealistic expectations, especially if you chew them out and ride them hard when they fail to perform. Constant failure builds character, or something. Not bottom lines, though.

Close this website right now, it’s doing you no good in your endeavors. The worst sales managers stop learning the latest sales techniques, stop keeping up with their competitor’s innovations, and don’t get a head start on the next big inroads to customers. Learning is hard work, leave that to plebes–you’re a sales manager and you don’t have to know anything about sales anymore. The worst sales managers focus their efforts on yelling at people and dodging HR complaints.