The US economy created jobs at the best pace in since late 2010 in January and the unemployment rate dropped to 8.3 percent, the lowest in 3 years. T 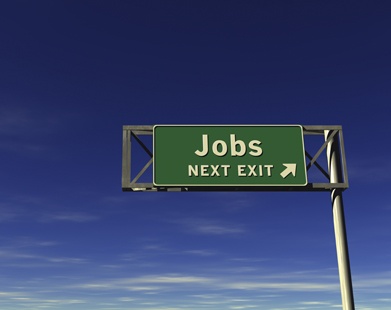 The US economy created jobs at the best pace in since late 2010 in January and the unemployment rate dropped to 8.3 percent, the lowest in 3 years. This indicates fourth quarter’s growth carried into 2012.

According to the US Labor Department this morning, Nonfarm payrolls jumped 243,000, , the most since last April and exceeding economists’ expectations for a gain of 150,000. Most had predicted the jobless rate to stay at 8.5%. The rate has coming down almost a full percentage point since the summer and indicates that fewer people left the labour force. The biggest increases were seen in transportation and warehousing which is a positive sign for the economy in general.

Furthermore, the report also highlighted revisions made to the November and December payroll data, which showed 60,000 more jobs were created than originally reported.

Average hourly earnings rose four cents, which should lead to greater spending. The report suggested that expectations of a slowdown in U.S. economic growth in the first quarter were not yet impacting on companies’ hiring decisions.

This is consistent with everything we’ve been hearing and seeing in the job market for sales people. Hiring has not slowed down and has in fact increased over the past 9 months and it doesn’t look like that is about to end anytime soon.

What this means for companies looking to hire is, the labour market is getting tighter and you must act quickly as good sales people have multiple options. For candidates, it means you can be more selective about the opportunities you are looking at in advancing your sales career.