How to Win Sales Like Tim Tebow Wins Football Games

Tim Tebow wasn’t supposed to win. Even after a storied college football career at the University of Florida, every NFL scout and coach wrote him off 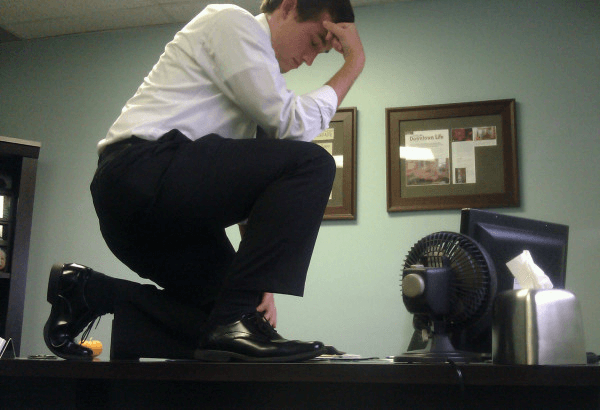 Tim Tebow wasn’t supposed to win. Even after a storied college football career at the University of Florida, every NFL scout and coach wrote him off as a legitimate professional quarterback; he was “unpolished”, he lacked an “NFL game”.  When he was drafted in the the 1st round, league commentators were shocked, and the executive who made that decision was ultimately fired.

Fast-forward two seasons later: after spending months learning a new way to to play, Tebow had earned the starting quarterback job in Denver. Tim Tebow wasn’t supposed to win his first NFL playoff game. Even though he had improbably led his team to a playoff berth, most critics claimed that the team won in spite of him, rather than any of his own efforts. He would also be playing the Pittsburgh Steelers, who, with one of the league’s best defenses would surely find a way to thwart him and end his storybook season.

He wasn’t supposed to win, but he did. He gave the best performance of his career, and on the first play of overtime threw an 80-yard touchdown pass that silenced all the critics. To hear him tell it, though, he had nothing to do with the play; in his post-game interview, he credited everyone involved in the play except for himself.

In sales, just like in football, winning is everything. Salespeople want to be winners. They want to make sales. They want to achieve bigger numbers. They want to the top rep at their company or even their industry. Here is why following Tim Tebow’s blueprint will increase your chances of being a winner:

Tebow started his NFL career as the 4th in line for the starter’s job. He spent hours on the practice field learning everything he could about football at the NFL level. He drilled new throwing techniques over and over to learn a more “professional” throwing motion. Even after his hard work earned him a spot on the field, it was said that team executives were still not sure he was the right player for the future. In response to this, he led his team to six straight victories, and a first-round playoff win. Winning salespeople never let up. If they think there is a sale to be made, they will make sure that it won’t be their lack of effort that prevents a deal from closing. They will call their prospects often, often just to offer advice or pass on some news they think will be relevant. They will make sure they don’t fall off the radar screen. When it comes time for a prospect to buy, they make sure they are the first person to receive that call. Some sales are closed in one phone call; most deals are made after a relationship has already been built. Winners know this and make it a point to get to know their prospects through hard work and perseverance.

Tebow was rejected by almost every NFL scout, manager, coach, team and journalist. He was expected to fail before he even stepped on the football field. If any of this adversity affected his drive to improve himself it must have only been positive; Tebow’s outward appearance never changed, he kept working hard and doing what he knew he had to do to succeed. Top salespeople don’t accept rejection. Even if there is no deal with that prospect, they don’t let that setback stop them from closing a deal with another. When a prospect hangs up on you or blows you off, you need to do the same thing. Use their negativity to spur you on to your next call and don’t let a minor setback derail your success.

Winners walk with swagger, and so does Tim Tebow. He gets pumped up after a big play just like anyone else. But he is quick to remind anyone who will listen about the other people who are involved in his success. Great salespeople don’t forget who helped them are are sure to acknowledge them and return the favour. Practicing this positivity ensures they will keep winning for years to come.

Whether or not Tim Tebow becomes an All-Star or even Hall-of-Fame quarterback remains to be seen. What we do know is that he has already beaten every expectation and silenced every critic through hard work, perseverance and humility. What’s to stop him from getting even better?

If you tackle every day with the attitude that you have to prove yourself all over again, push through every barrier and stop to acknowledge the people who help you along the way you will be a winner.